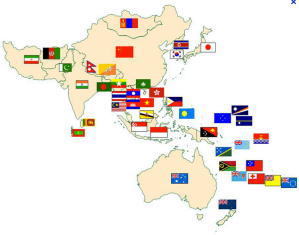 Moscow is the worlds most expensive based on the cost of living excluding the housing, education, healthcare and transport baskets, while Sydney is most expensive in Asia Pacific on this basis. Many companies cover these costs on behalf of the employee while on international assignments.

The cost of living (COL) data collected is representative of an expatriate lifestyle. The components of the COL data are local prices for fixed quantities of the same goods and services in each location, local inflation and exchange rates. Prices in each location are affected by availability (i.e. supply & demand) as well as local pricing regulations and taxes on goods and services (e.g.premiums on luxury brands). Local inflation is usually representative of local price increases which in turn impacts an expatriates purchasing power in the host country. The exchange rate impacts both the price of imports to the host country and the expatriate assignment salary calculation between the home and host country. The cost of living has a significant impact on the purchasing power of an expatriate’s salary package.

As the overall global most expensive place to live, Hong Kong has an overall cost of living index of 149.14, followed by Tokyo with 142.12, and Zurich with 137.12. The overall index is comprised of 13 different basket groups. The assumption using the overall index is that everything is paid from the salary package. In addition, the cost of living calculations are weighted according to typical monthly international expatriate spending patterns. The Household Accommodation Basket for example, has a weighting of 30%, while the Groceries Basket has a weighting of 16.5%. That means that an international expatriate who, for example, earns 10,000 would typically spend 3,000 (30% of 10,000) on housing and 1,650 on groceries.

Much of the developed world has historically embedded high cost of living structures such as housing, education, healthcare and transport that keep them amongst the most expensive places to live. The major factor contributing to this is the relatively higher level of pay in the developed world, particularly amongst lower level jobs. Asia-Pacific has 25 places in the top 50 based on the overall cost of living index but only 12 out of 50 places based on the cost of living excluding housing, education, healthcare and transport costs.

To provide an assignee, sent from a low cost of living country to a more expensive country, with a similar purchasing power to what they have in their home country, requires an adjustment to their assignment salary. The amount of adjustment depends on which country they come from. The larger the difference in cost of living, the larger the adjustment required to ensure a similar level of purchasing power in the host country.

In January 2008, 1 Japanese Yen bought USD 0.009, by January 2012 the Yen had strengthened by 44% to 0.013 USD. The positive impact on expatriates based in Japan is that imported goods priced in USD would have become a great deal cheaper in local currency. However expatriates earning US Dollar salary packages will have seen a significant drop salary when converted to local currency, unless assignment salary adjustments were made. In January 2008 an expat based in Japan, earning 100,000 USD per annum, was on the equivalent of around 11.1 million JPY using the ruling exchange rate at the time. If no adjustment was made to the 100,000 USD, the equivalent in January 2012 converted to local currency was 7.7 million JPY which represents a considerable drop in purchasing power. During this period Japan’s inflation has ranged between 0.1% and 1.3% per annum. The impact of the significant change in the exchange rate from 2008 to 2012 is that in order to maintain purchasing power in Japan at 2008 levels, the 100,000 USD expatriate salary package would have to be increased to around 144,000 USD in 2012. To provide an assignee, sent from a low cost of living location to a more expensive country, with a similar purchasing power to what they have in their home country, requires an adjustment to their assignment salary. The amount of adjustment depends on which country they come from. The larger the difference in cost of living, the larger the adjustment required to ensure a similar level of purchasing power in the host country. For example an assignee sent from Houston with a cost of living index of 67.43 to Tokyo with a cost of living index of 142.12 would experience around 110% (i.e. more than double) increase in the cost of living. Therefore as at July 2012 an assignee earning 100,000 USD in Houston would need to earn around 210,000 USD in Tokyo to have the same purchasing power as they had in Houston.

About Xpatulator.com’s Cost of Living Data

The 13 basket groups do not count equally and are weighted according to expatriate expenditure norms as follows (weighting percentage is in brackets):

Founded in 2007, Xpatulator.com’s mission is to organize the world’s cost of living indices, exchange rates and relative hardship indices and make it accessible and useful to all.
This article may be freely copied as long as reference is made to http://www.xpatulator.com/