What is the most expensive city in the world in 2020? 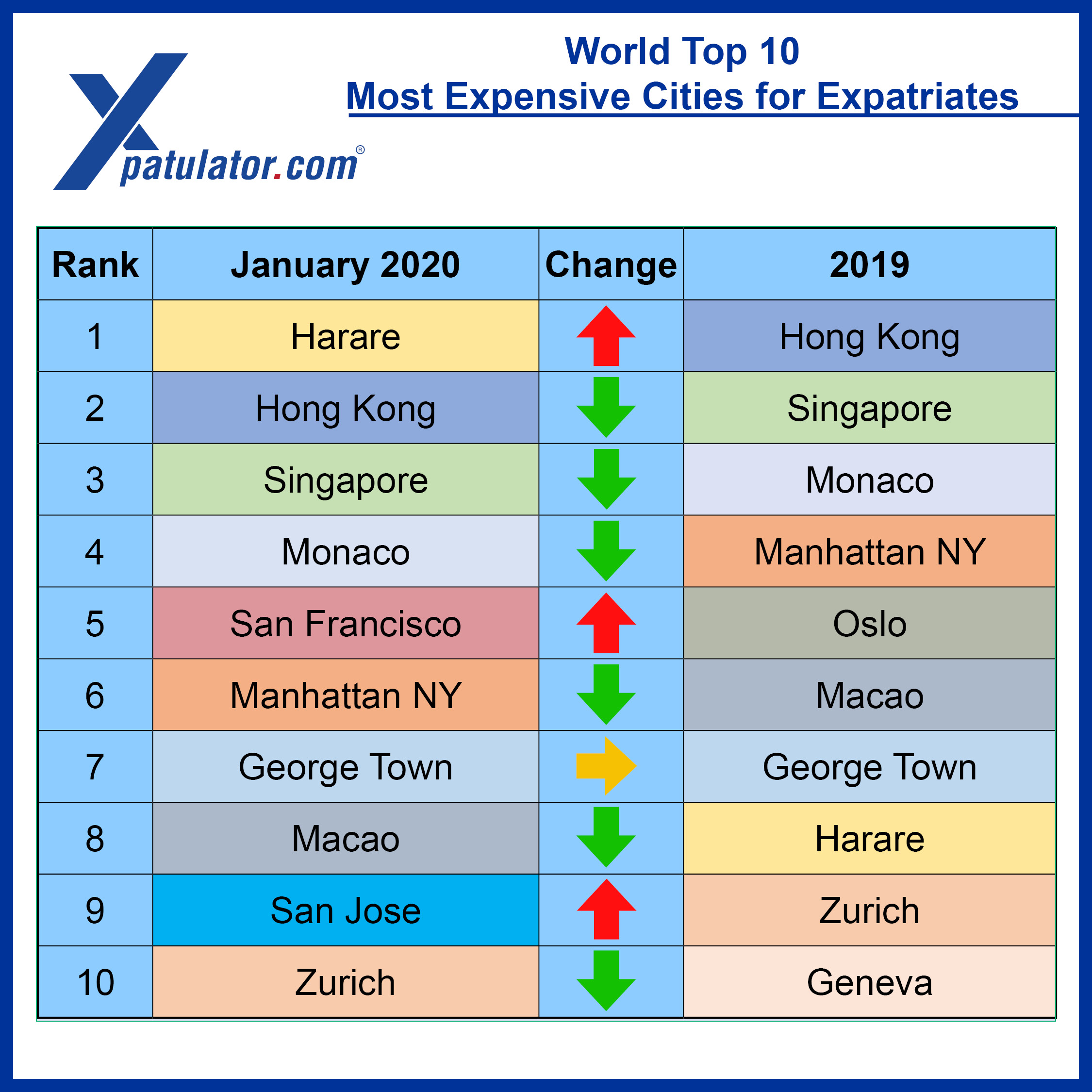 For decades Zimbabwe’s policies have destroyed the economy and the livelihoods of Zimbabweans, including hyperinflation that eventually led the country to ditch its worthless sovereign currency in favour of the United States dollar. In June 2019 year the government stopped the use of US dollars in local transactions. This change was in order to prepare for a next-generation Zimbabwean dollar. The impact has been severe, with prices out of control. Wage purchasing power has plummeted due to food and fuel prices soaring. Foreign currency shortages have got even worse than before. The inflation rate (CPI) hit 480.7% in November 2019. As a result there is increasing unrest, marches and protests as people battle to survive the crisis. As at January 2020 Harare has become the most expensive city to live in due the current economic crisis.