Perth is the capital and largest city of the Australian state of Western Australia and ranks fourth amongst the nation’s cities, with a growth rate consistently above the national average.
The climate is hot with Summer temperatures rising to 36°, with 10 hours of sunshine daily and hardly any rain, while Winters are mild, with hot, sunny and clear blue skies.  Perth can experience high winds and fierce storms and at these times there are risks of flooding from the Swan River. The city also sits close to Australia’a most active earthquake zone.

Economically it dominates the Western Australian economy by virtue of its population and its role as the administrative center for business and government, despite the major mining, petroleum and agricultural export industries located elsewhere in the state. Perth’s function as the State’s capital city, its economic base and population size have also created development opportunities for many other businesses oriented to local or more diversified markets.

The inner city of Perth is located alongside the Swan River, it was originally built using convict labor and the historic buildings are testimony to this era.  These areas now provide a scenic outlook for Perth and the river is a place for recreational activities, such as river cruises, walking, cycling, water sports and picnicking along the banks.

There are some great malls which lend themselves to fun shopping days, such as The Hay St Mall, Murray St Mall, Raine Square, Forest Chase, Barrack St and Kings Street to name a few.

Some attractions in Perth are Kings Park, the Botanical garden, Perth Zoo, the Old Mill and Barracks Arch.

Then there is the Sunset Coast in Perth, where you can walk along beautiful sandy beaches, swim in the surf or tan in the warm sun.

The Port city of Fremantle, a popular spot on weekends for markets, entertainment and alfresco style cafes and eateries, lies just south of Perth on the coast of Western Australia.
The Swan Valley Region has more than 40 vineyards many still run by the original families, this area is steeped in history and is one of Western Australia’s oldest wine regions.

A popular holiday destination is Rottnest Island, it offers a relaxed atmosphere where you can meet the Quokka, a unique little marsupial which is responsible for the islands name.
Perth hills offers wonderful bushwalking and hiking trails with rolling hills and valleys of native bushland, wineries and orchards.

The district of Northbridge, just outside of Perth offers a range of nightclubs, pubs, cafes and eateries with an eclectic mix of cultures and cuisines.  South of Perth in Fremantle which offers further nightlife with a variety of local nightclubs and bars. 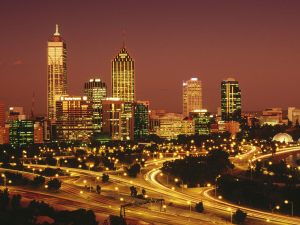 
The Central Business District (CBD) is in Central Perth, if you work in the CBD you may want to live nearby, or along the main commuting routes (freeways and railways – Perth offers a good public transport system).

A city lifestyle will be found in East Perth, Subiaco, and some parts of Northbridge and Joondalup.  They have higher density housing, apartments and townhouses, with lots of facilities closeby, such as cafes, restaurants, cinemas and theatres.  Mount Hawthorn, Vic Park and Fremantle have similar lifestyle facilities, and offer more character and older styled houses.

To the North of the River you will find great beaches and better routes into the city, while South of the River has more character suburbs (e.g. Fremantle) with easier access to the Southern areas of WA.

If you are looking for a beach home, look towards the Northern Coastal Suburbs, there are also wonderful areas around the Swan and Canning Rivers, while the Hills offer a less suburban-type lifestyle.

The Northern suburbs are very popular, this covers the coastal areas from Trig to Mindarie, and the suburbs inland from these.  The main attraction are the great beaches in these areas and the availability of new housing developments.

There are obviously many factors to consider when deciding on location, such as the schools, location to work, quality of houses, number of facilities available close by, the median house price in an area is a good indicator of how desirable the area is.

Schools include both Government and Private schools, with the majority of children going to the former. The school year starts in January and ends in December.

What is the cost of living in Perth:

Perth has an overall cost of living index which equates it with high cost of living locations.
Perth is currently ranked 23 overall, most expensive place in the world for expatriates to live, out of 300 international locations.

The Home Location USA, Los Angeles Calif is ranked as a minimal hardship location with a hardship premium of 10%

The To Location Australia, Perth is ranked as a minimal hardship location with a hardship premium of 10%

Applying the cost of living difference based on what will be paid from salary, together with the hardship difference, and arbitrage exchange rate, the Xpatulator calculation is as follows: